For the first two weeks in August, I went up to Asturias (specifically a small town called San Juan de Duz) to accompany a Spanish family and speak English with their kids. I’m so lucky to have been offered this opportunity, as I got to experience so much as if I were a local. They showed me mountain trails, beaches, tiny pueblecillos, local food, fairs, and even dinosaur footprints (yup!). And Northern Spain is the perfect escape from the heat of Madrid in the summer.

To get there, I took the bus. Each seat had its own TV with movies, as well as a cell phone charger. The buses also have wifi. I watched Saving Mr. Banks and the Devil Wears Prada on the way up, and Rio and Jurassic World on the way back (all in Spanish, which was good practice). The drivers drove a bit aggressively and there were a few mountain slopes that scared me, but it was nice to not have to drive.

I arrived in Gijon and the family drove me from there to their house in the tiny town. I got my own bedroom and looked out the window to a beautiful mountain view. Each morning (and sometimes randomly) a rooster woke me up. But somehow I didn’t find myself being annoyed, rather amused by how country it was. Honestly, I slept amazingly because the kids didn’t wake up until 9 or 10 am. The neighbors frequently came by to say hi, and one women even brought us fresh fruits and vegetables from her garden. Bread was bought daily in the next town over, as well as local cheeses and meat. We ate typical Spanish food the whole time, but my favorites were fresh local tomato made into a salad with sliced mozzarella and stuffed sweet peppers.

So, I had no idea this area was a hotspot for dinosaurs. There is a dinosaur museum there and a beach that has rocks with fossilized dinosaur footprints. I couldn’t believe they let people even walk on them. As a science/animal nerd, I found this to be overwhelmingly amazing.

We went to the local beach on every “beach day,” which is any day where it’s not raining (Asturias is know to be rainy). The beach was impressive, with a huge difference between high and low tide, leading to tide pools full of animals to explore during low tide. I went with the kids to find shrimp, anemones, crabs, small fish, and mussels. It was fun to find new things with them and it reminded me of La Jolla (back in San Diego). As an amazing bonus, this beach had a chiringuito which is the Spanish word for beach bar. They even had beer on tap!

When the family said we were going to the aquarium in Gijon, I got really excited! I absolutely love aquariums, and this one was really well done. 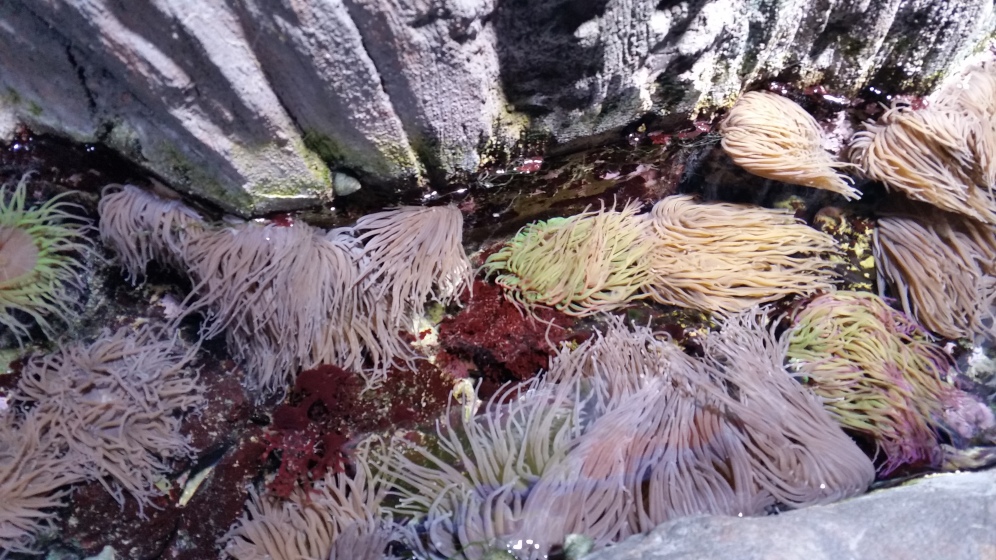 One of my favorite hikes that we went on was near a town called La Isla. There’s a windy pathway that takes you along a rocky shore. The grass was green and the water clear blue. Eventually it lead to a spot that still has trenches built and used during the Spanish civil war. Along the way, we also met some cute local donkeys enjoying the grass and breeze.

One night, we went to a neighboring town’s fiesta. They basically set up a bar in the middle of the town and cook fideua (like paella except made with pasta instead of rice). You get to eat as much as you want, and it was delicious. The kids ran around chasing each other until the ice cream truck rolled up. I enjoyed the “American brownie” flavor on multiple occasions while there, because that truck made stops in our town too. I got to talk to some people there about what I’m doing in Spain and about the US. People here are very friendly and open to chatting, and help me when I make mistakes (but always compliment me on my Spanish). 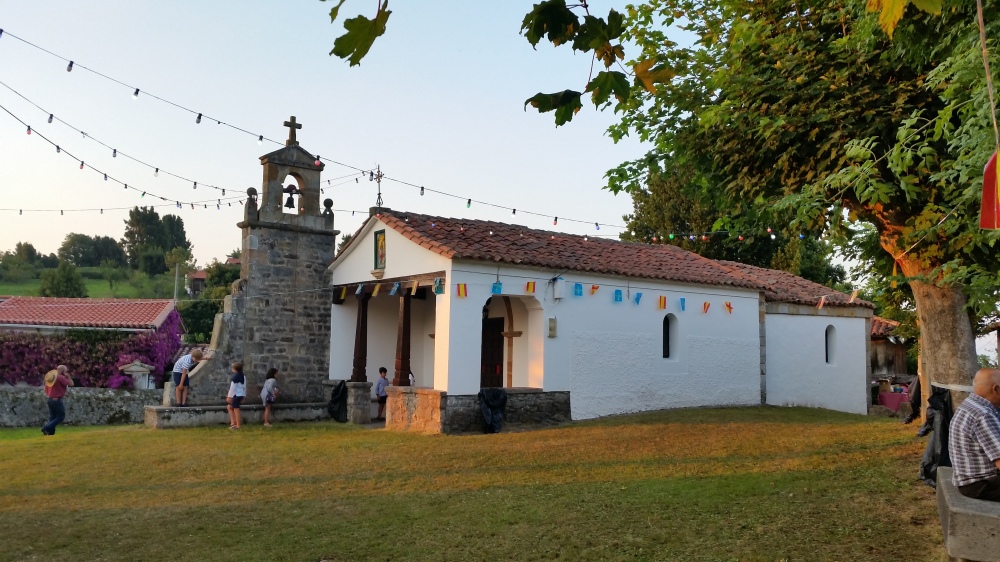 One of the most beautiful towns we went to is called Lastres. It has a bunch of houses on the side of a mountain by the ocean, the water is beautiful, and the beaches aren’t crowded. It also has a port with seafood boats coming in to sell their fresh catch. We walked down and watched some of the fishermen mending their nets by hand.

One day, the beach was too cloudy and cold so we drove up to the local mountain and explored around all of the tiny towns. I was blown away by how small and beautiful they were. There are towns that consist of just a few houses! There is also a small hike we did to an overlook for an amazing 360 view.

Just a short walk from our town was a restaurant that served something I had never seen in Spain (or anywhere) before: tortos de maíz. Basically they are small pancakes made of corn flour and fried. They were served with sunny side up eggs and picadillo, which is ground chorizo. A very heavy yet flavorful and satisfying meal. Especially since Spaniards usually don’t eat corn! They dismiss it as “food for the animals”. In fact, I recently made fresh corn on the cob for Diego and it was his first time trying it. Now that’s just weird for Americans, or at least to me, as corn on the cob is a summertime staple.

Spending time in the little town was overall very relaxing. I especially enjoyed dinners on the patio, helping one of the kids to learn how to ride a bike, and finding beautiful flowers on our walks. And even though I was there to speak English with the kids, the parents learned and practiced too. And they taught me a lot in Spanish. 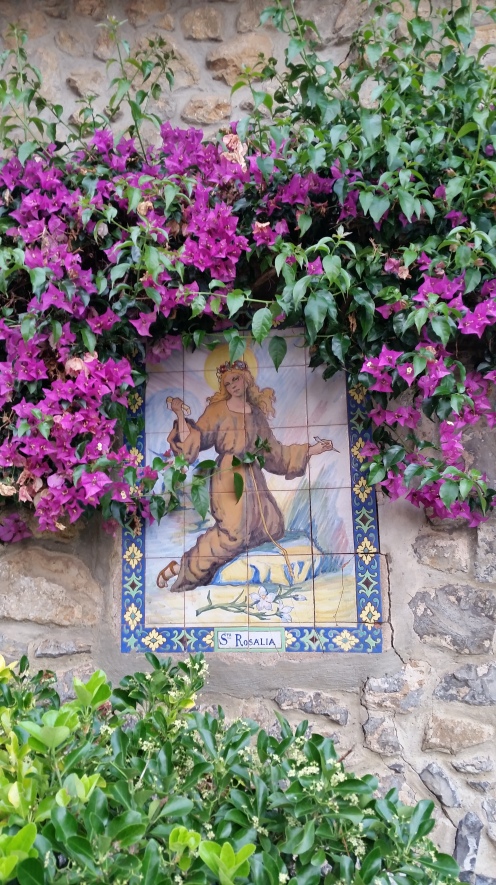 Just some of the flowers I found. I was frequently reminded of my mom because she loved hydrangeas and daisies.

Finally, we visited a place where they make cider (sidra). It’s hard apple cider, made naturally by smashing local apples and fermenting the juice in huge wooden barrels for about 3 to 4 months. We also got to see how honey combs are made for beehives.

So if you’re ever wondering if Northern Spain is worth a visit, the answer is yes, especially in the summer time!