I’ve got so much catching up to do here (this post is about a trip I took 2 weeks ago) and my excuse is that we’ve moved to a new apartment, celebrated Diego’s birthday, and hosted a friend from England for a week all in the past 10 days. Anyway, I’m excited to share my experience going to Málaga and its neighboring town Nerja as it ended up being much more impressive than I expected. Then I’ll try to keep up by posting about our explorations through Madrid and Toledo. Finally, I have a post about learning Spanish that I’ve been meaning to publish. On to the trip…

I planned this trip very last minute as I decided that I needed to travel as much as possible, and I’ve wanted an excuse to go on the “fast train” for a long time. I only went for 2 full days, and spent 1 day in each place. I took the fast train down to Málaga from Madrid on a very early Friday morning, then returned late Saturday night. By fast I mean, it took 3 hours where driving would take about 5 hours. I took a bus from Málaga to Nerja on Saturday morning.

Why did I choose these two cities? Well, I wanted to go to Southern Spain again, especially somewhere on the water, and I saw an article with a list of recommended places to visit in Spain and Nerja was on it (the photos looked beautiful). I used an Airbnb gift card to pay for my room Friday night, which cost me a whopping 19 euros. It was an amazing deal and my host was really nice.

I started out Friday morning by heading into downtown Málaga. I went to the alcazaba, the castle, the roman theater, and the beach. The alcazaba was especially beautiful, with its various gardens, pools, fountains, and stunning views of the city and ocean from a few different lookout points. 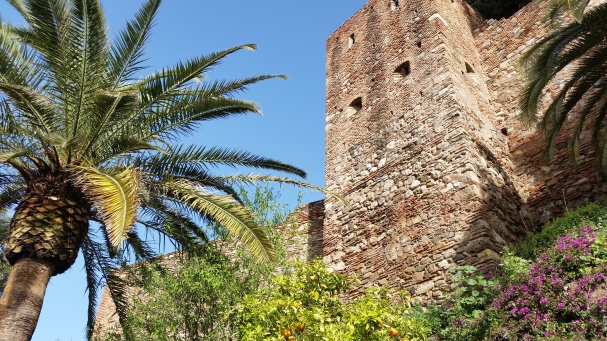 It was a beautiful day to see the alcazaba 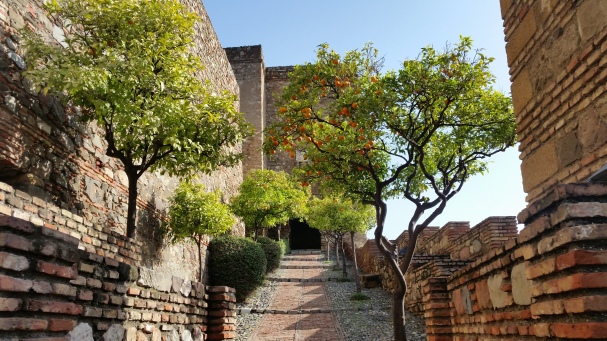 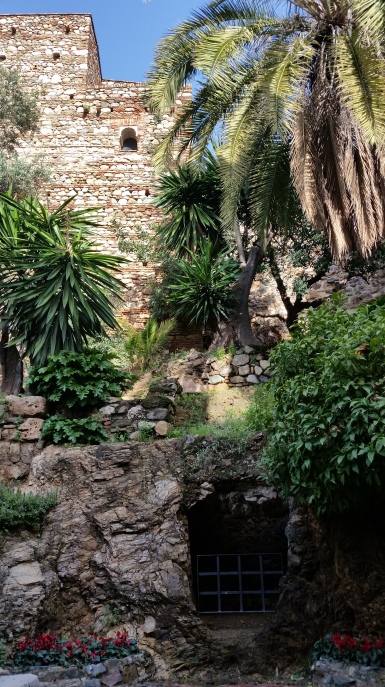 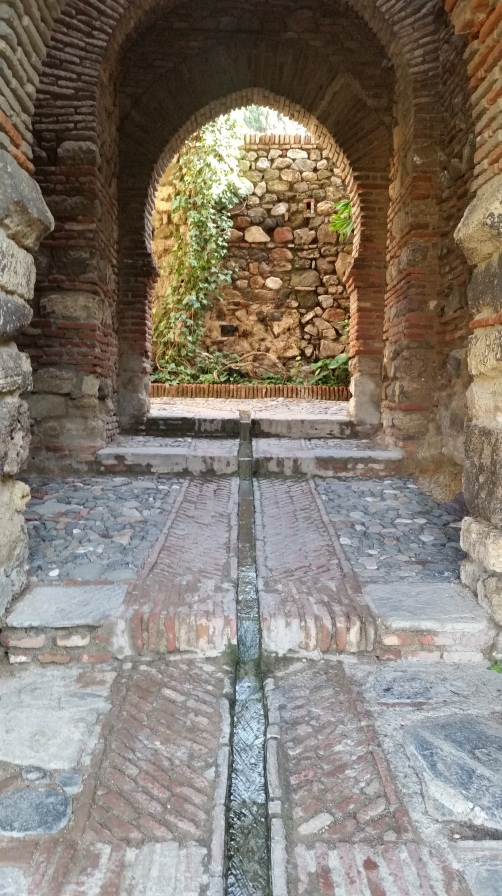 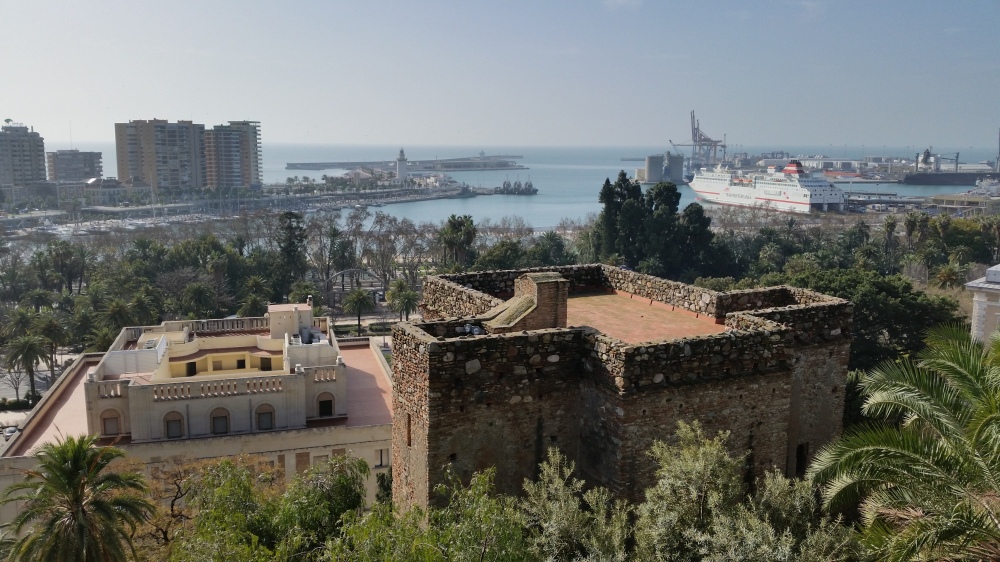 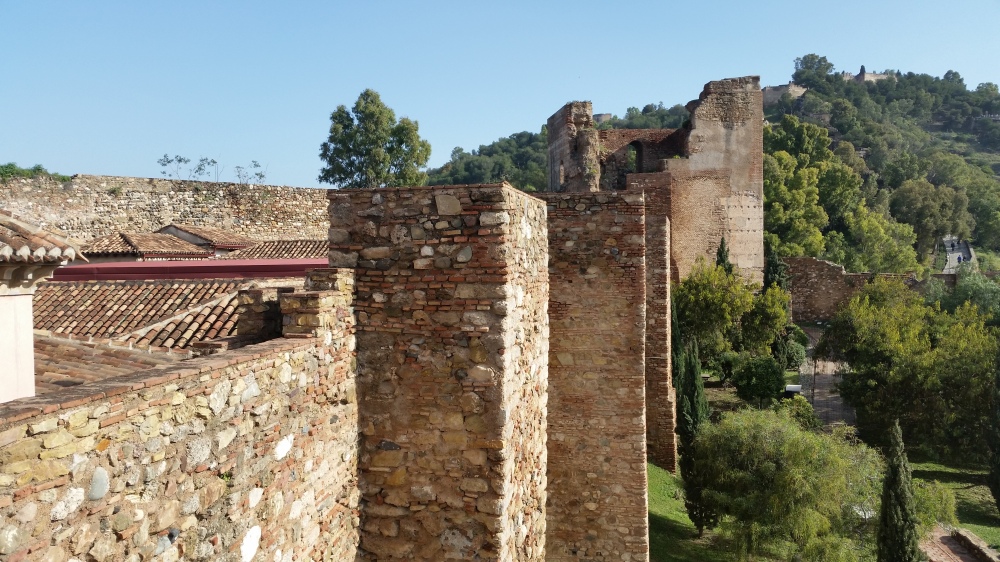 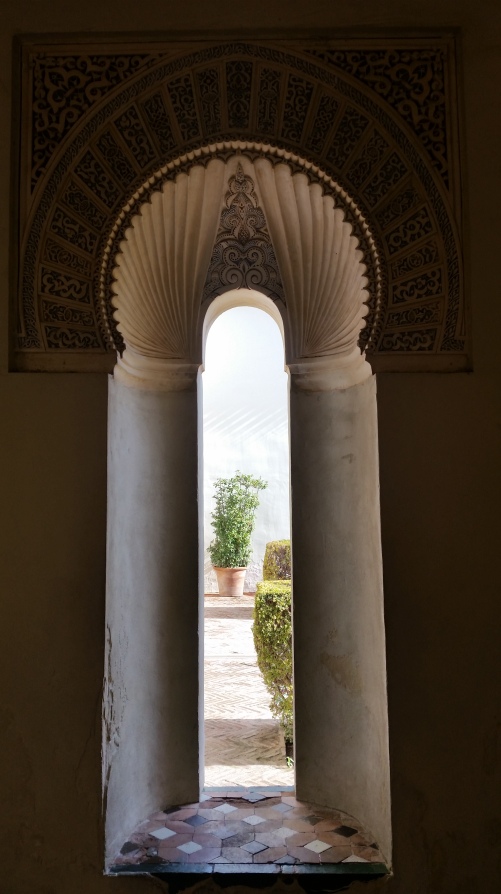 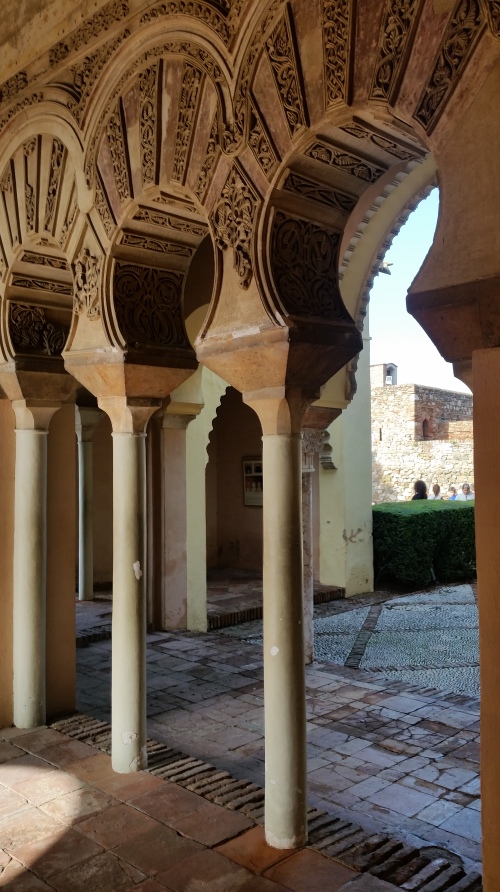 The ticket to get into the alcazaba and castle was so cheap (less than 5 euros total) but beware, they are not connected. Getting from the alcazaba to the castle is actually a pretty challenging uphill climb, especially if you do what I did and carry your backpack up on a hot day. 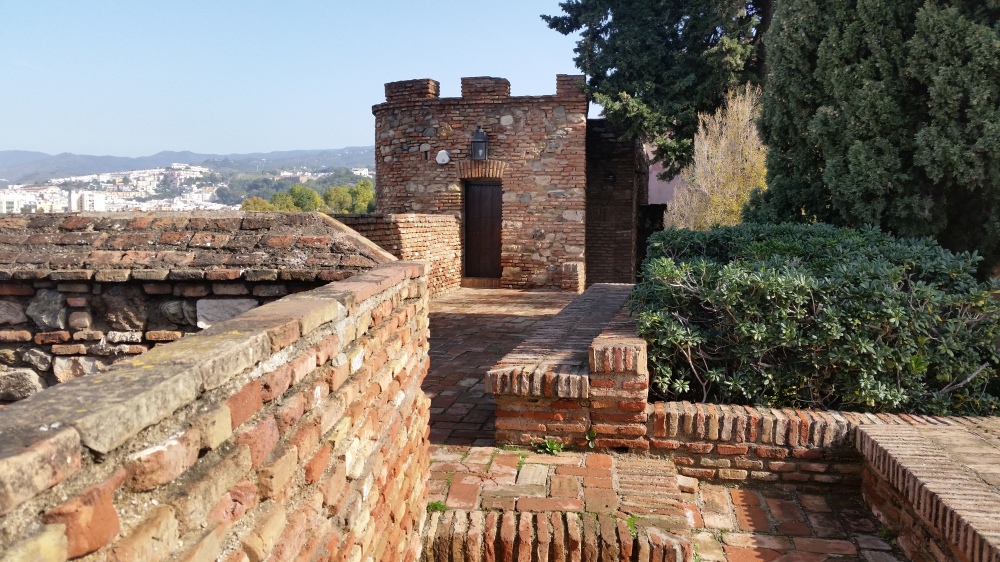 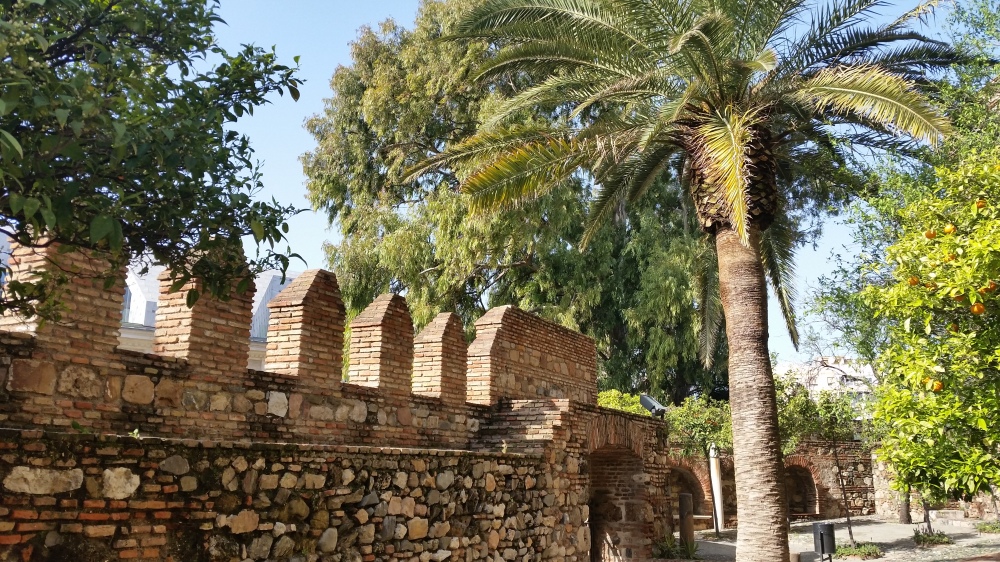 For lunch I went to a restaurant on the beach and ate some fresh mussels with a beer. Then I checked out their marina and watched ships coming and going and tourists enjoying the sunny day. From the marina, I walked down to see the lighthouse and back again to sit at a cafe. The toast with brie and blueberry jam that I ordered was amazing, as I sat back and people watched. I thought about going on their ferris wheel, but it costs 10 euros a person so I passed. 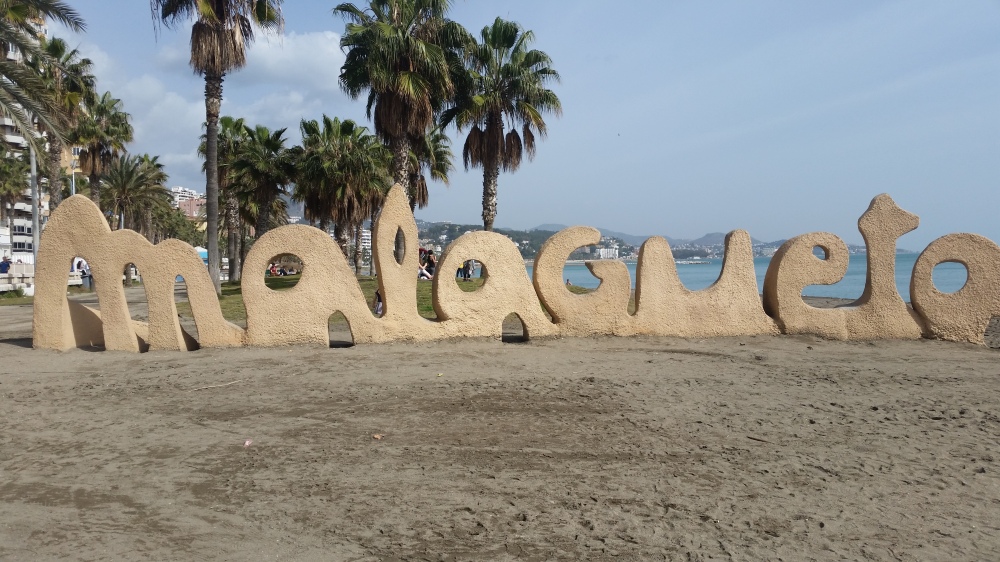 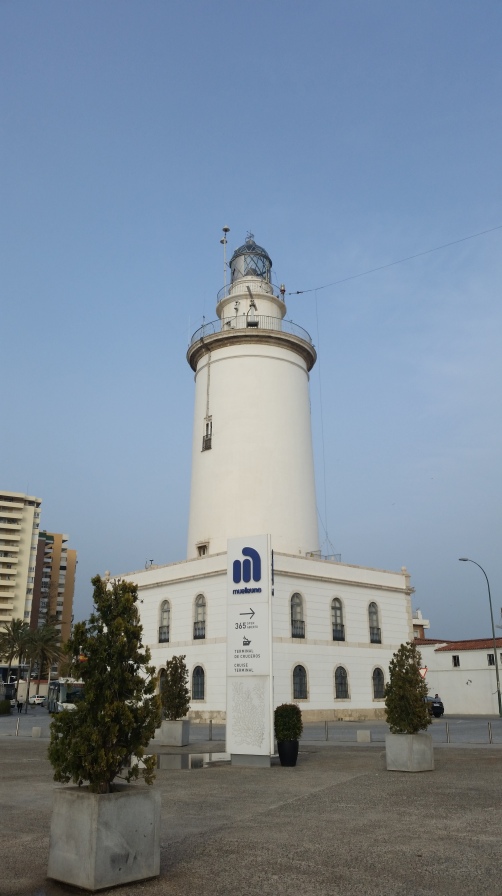 Later, I wandered over to see the Plaza de Toros. Although I’m not a bullfighting fan, it is interesting to see their stadium, as it’s one of those things we don’t have in the US. After that, I decided to check out the house that Picasso was born in and the Roman theater.

When I went back downtown to get some dinner, I  witnessed some carnaval activities. I had no idea that Spain celebrated carnaval–I thought it was all about Semana Santa. But the decorations, costumes, and parades are really impressive. The biggest city streets had lights strung up, there were people in elaborate costumes singing and dancing in the streets, and a stage set up with a costume contest going on.

That night I enjoyed some homemade croquetas and crepes in a restaurant that seemed popular with the locals, then quickly headed back to my room because I was absolutely exhausted. The next morning I had to wake up early to catch the bus to Nerja.

The bus ride from Málaga to Nerja took about an hour, but that’s because we made a bunch of stops in between. If you had your own car, you could get there in about half the time. Anyway, the bus took us directly to the caves, which are one of the things that Nerja is known for. I’m not sure exactly what I was expecting to see, but the caves are stunning and much larger than I thought they would be. By about 20 times. The tour started with a quick video explaining how the cave was discovered (in the 1960s), and that it is still studied and preserved today. The first part of the cave is beautiful and impressive, but absolutely nothing compared to the last area. By the time we got to the largest part, I had a moment where I almost blurted out “holy sh*t!” in front of everybody. My jaw dropped and I was snapping lots of photos of what seemed like one of the most amazing natural formations I’ve ever seen (and yeah I’ve been to the Grand Canyon). That 45 minute tour really started my day off great, and when it was over I started walking towards downtown Nerja. 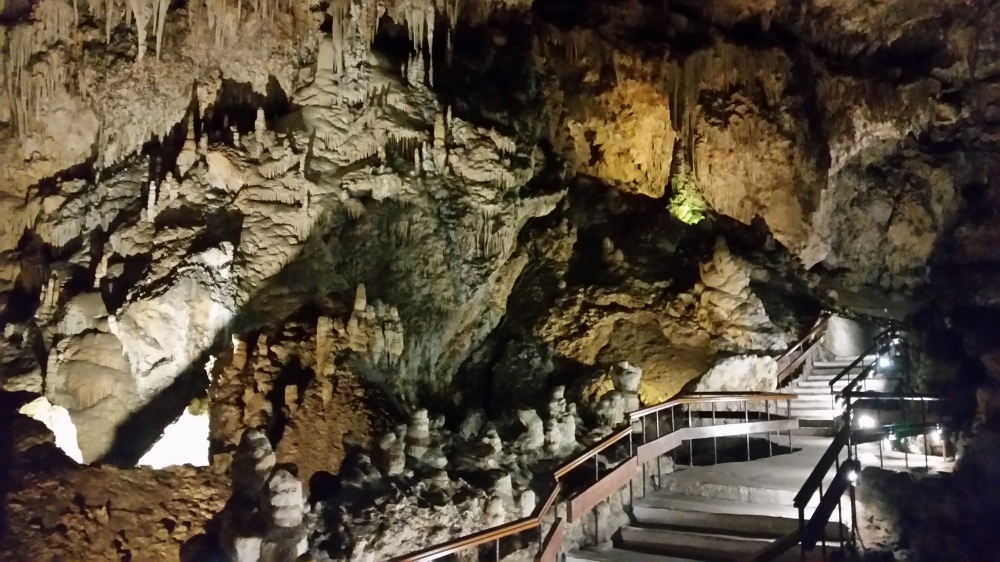 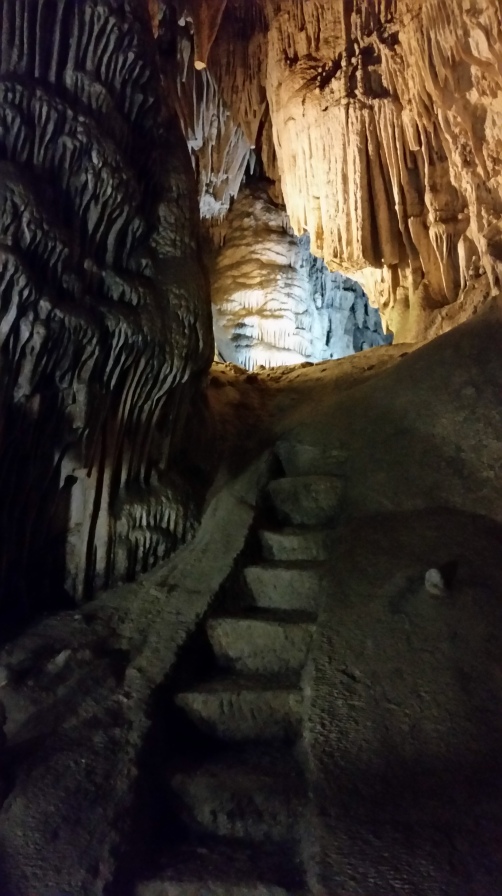 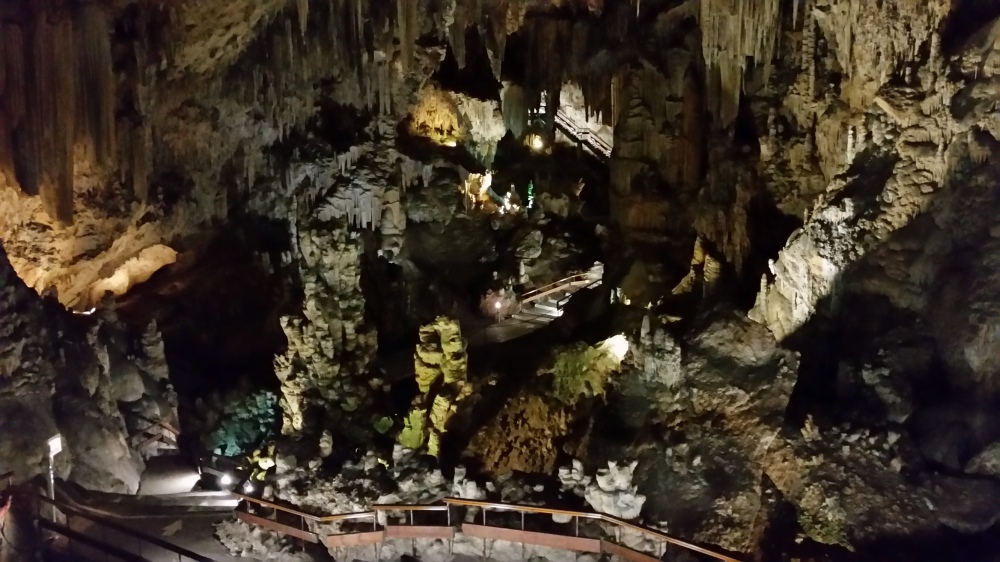 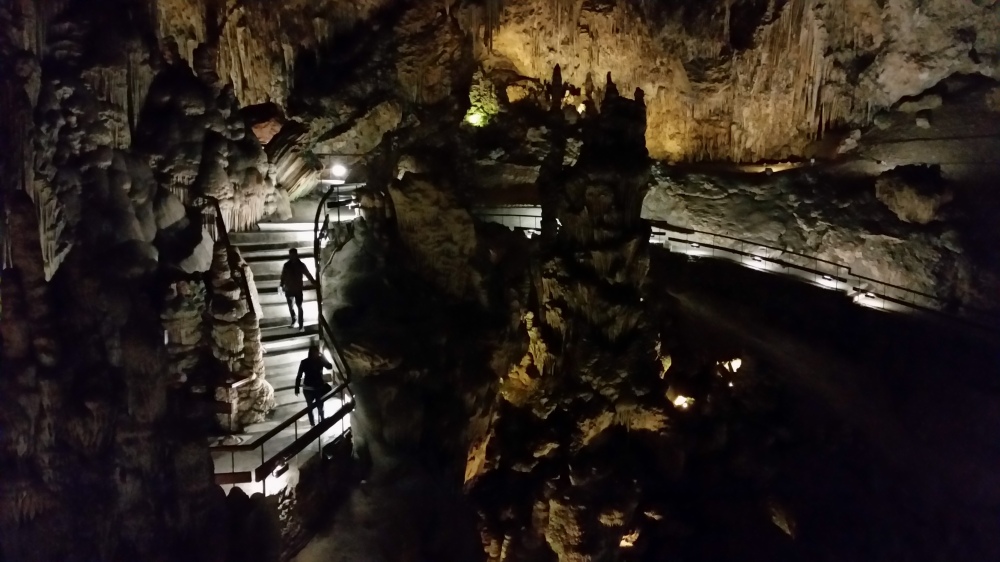 On the way to Nerja (downtown), you can see a modern aqueduct that was built to supply water to a sugar factory. The factory has since shut down, but the aqueduct still functions to supply water to the local farms. I stood there for a while admiring the landscape and a pony grazing through the grass. 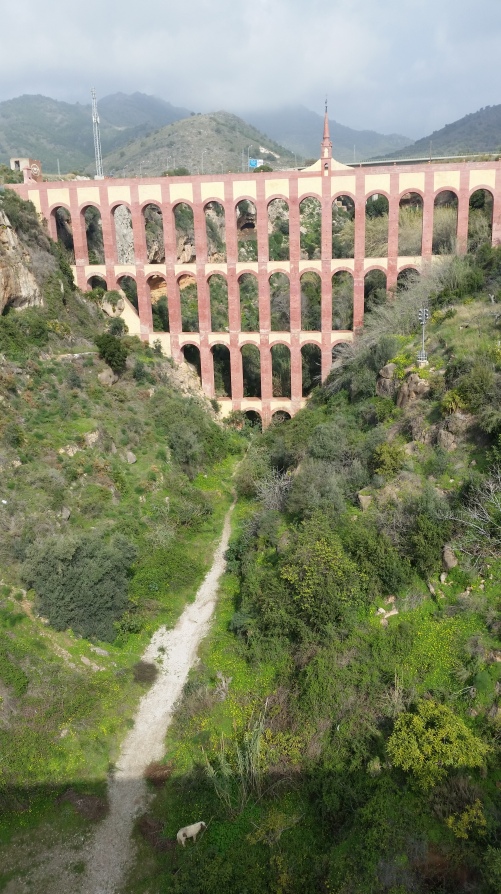 Continuing on the walk through Nerja, I walked down the “main” street, which definitely has a small town charm to it. Some local guys were playing music (each with a different instrument) which I guessed was related to carnaval. 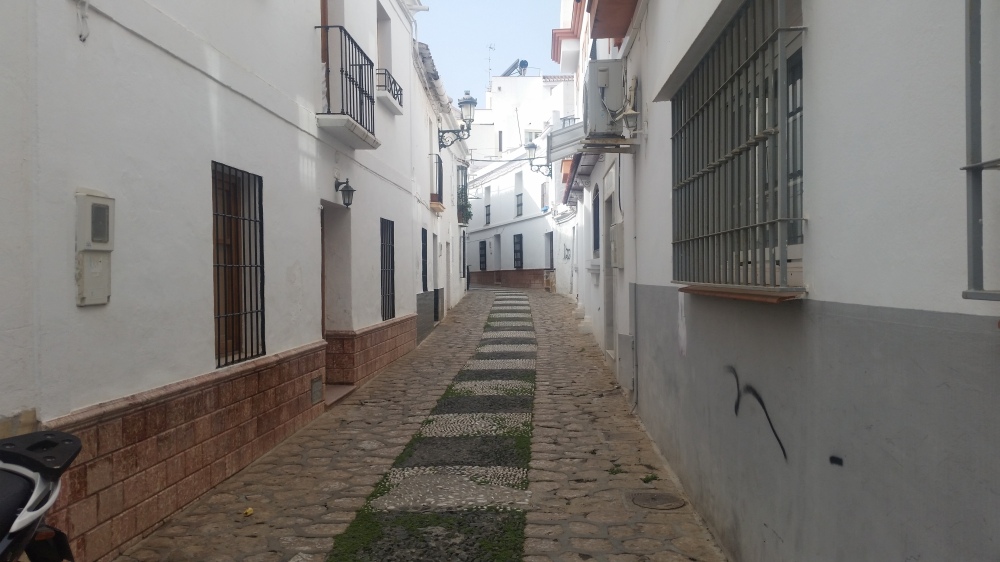 Finally, at the end of the street I ended up at the “balcón de Europa,” an overlook of the beach with white archways. The beach at Nerja was so much more beautiful than Málaga (sorry), mostly due to the fact that it was natural (in Málaga it’s man made) and the water was a pretty blue/green. I enjoyed lunch at a local restaurant, then brought an ice cream cone down to the beach. If you walk a bit past where the main beach is, you’ll find some really cozy smaller beaches. I found an empty one and relaxed for a few hours, eating my ice cream and then reading a book.

The rest of my evening was spent traveling–on the bus from Nerja to Málaga, then on the train to Madrid. The train was very enjoyable, especially since it went so fast, had restrooms, a dining car, and wasn’t a plane (see the aviophobia post). The only downside I found was the cost. The train was probably the most expensive option out of all of them (including driving, flying, and going on a bus). Ah well, it was worth it to go at least once. My favorite part was eating dinner in the dining car, enjoying company among a bunch of Spaniards, watching the countryside pass by at 279 km per hour (167 mph). I didn’t get home until almost midnight, and the next morning we were moving to the new apartment. I may have bit off more than I could chew that weekend, but it was worth it!