I made a trip to Durango, Mexico in November 2018 to participate in another zookeeper teaching program with the International Outreach Committee of the American Association of Zookeepers. Being a part of this committee has brought me so many great opportunities to learn and teach zookeeping techniques, as well as meet new people and practice my Spanish. I just celebrated 1 year of being on the committee!

Getting to Durango was actually very easy. I’ve learned now that using the Tijuana airport is the best way to go when you’re flying in Mexico. I got a direct flight (with two San Diego Zoo keepers) to Durango and it was pretty cheap. Sure, you have to walk on the tarmac to the plane…but that just adds to the adventure!

And no matter how many times I do it, crossing the border from the US to Mexico is always exciting.

We were warned that it would be cold there since it was winter time and the city is at a high elevation (6,500′). But oh my goodness it was so cold. Temperatures were down in the 30s at night and the 50s during the day. It was difficult to get out of the bed in the morning and brave the cold. I know to some of you these temperatures may not seem that bad, but to a person who has acclimated to San Diego weather, it’s darn cold. 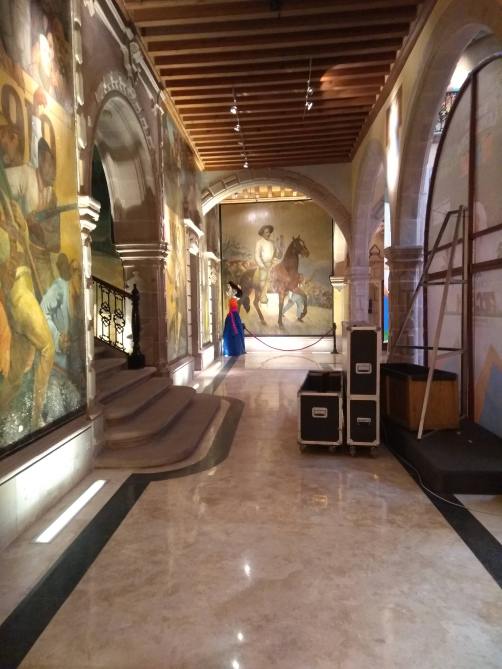 I decided to raise my personal “bar” for Durango and give two presentations. One was about cross-fostering Mexican gray wolves and how the process works.

The other presentation was a more generalized one about carnivore husbandry that I shared with a fellow zookeeper named Katy. She covered feline husbandry and I covered the canines.

Other zookeepers, veterinarians, and trainers gave a variety of presentations and workshops. 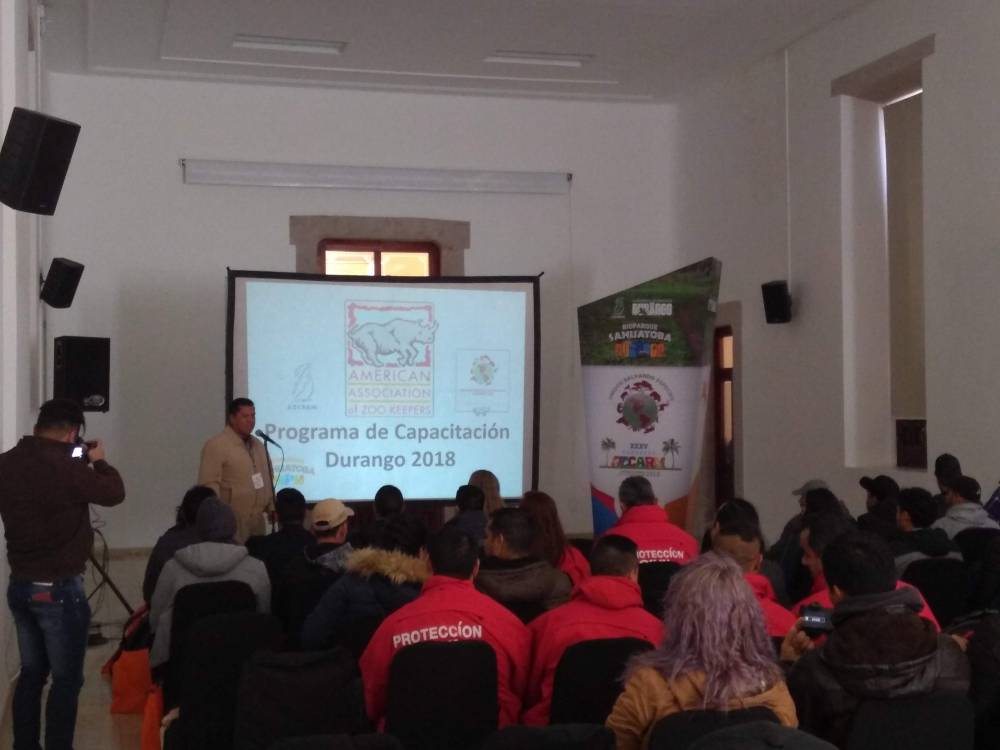 In the interest of saving time, money, and reducing the impact of me being gone from work, I only went for a few days. But next time I’ll make sure to request more time to go, because part of going to these teaching programs is getting to know the people, the culture, and the city.

The state of Durango has the reputation of being the Wild West of Mexico. There are high mountains, desert, and a relatively low population density. It seemed like the scorpion was the “mascot” of the state, as you can find all kinds of souvenirs that feature them. The city of Durango has a mix of indigenous culture and Spanish influence. The Spanish influence in mostly seen in the architecture. I didn’t have much time to explore the city, but I did get to see the main plaza and a busy market. 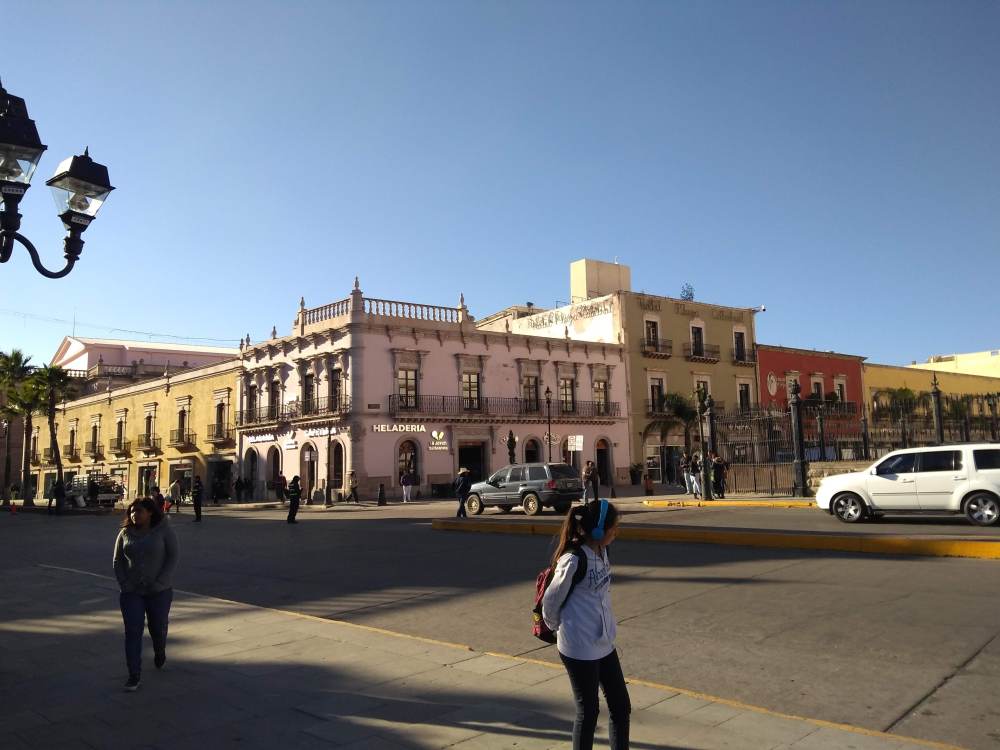 One night, we all met at the convention center for an awards banquet. The last thing I was expecting was to receive an award myself. I also got to meet the mayor of Durango! It was quite the honor. The award was actually more of an appreciation for participating in the conference and teaching program. I feel that my contributions were minimal, and I learned so much from being there too. Still, I have that certificate proudly hanging on my wall now. I can’t deny that it’s pretty cool! I really owe it to Yvette, the coordinator of these programs, for even being able to participate.

That awards banquet was held in a room that didn’t have heat (except for the outdoor space heaters). It was so cold. I was trying to look nice so I wore flats, but man my feet froze! That space heater was my best friend that night.

On my last day in Durango, we got invited to visit a Wild West theme park. It was pretty entertaining to see something that was mimicking American western movies, as American tourists in Mexico. 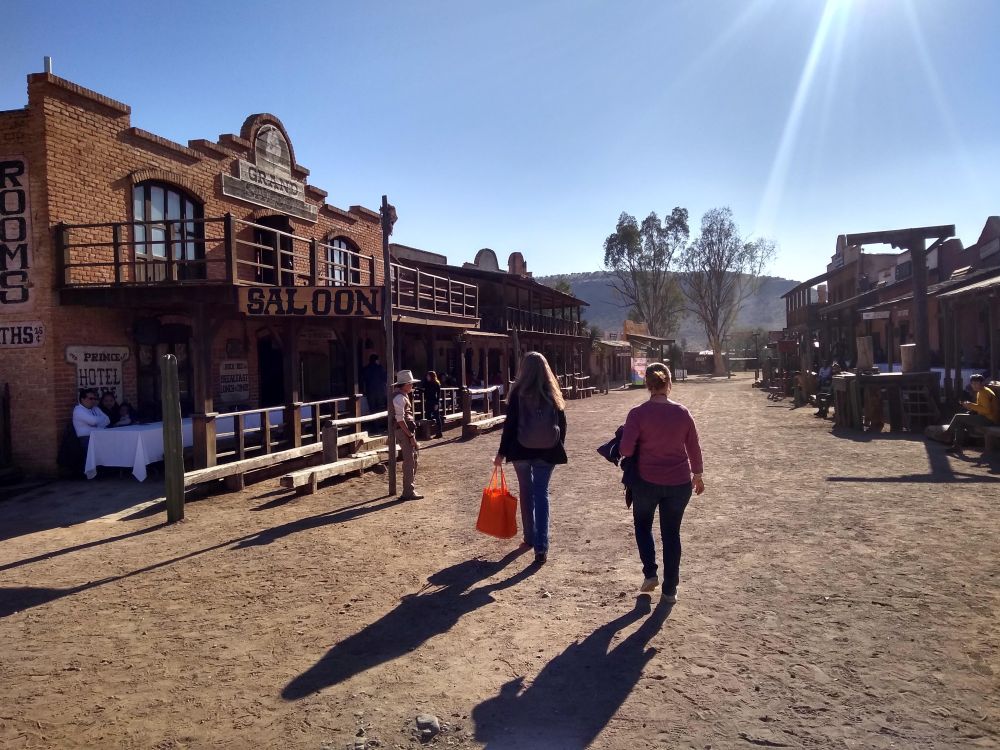 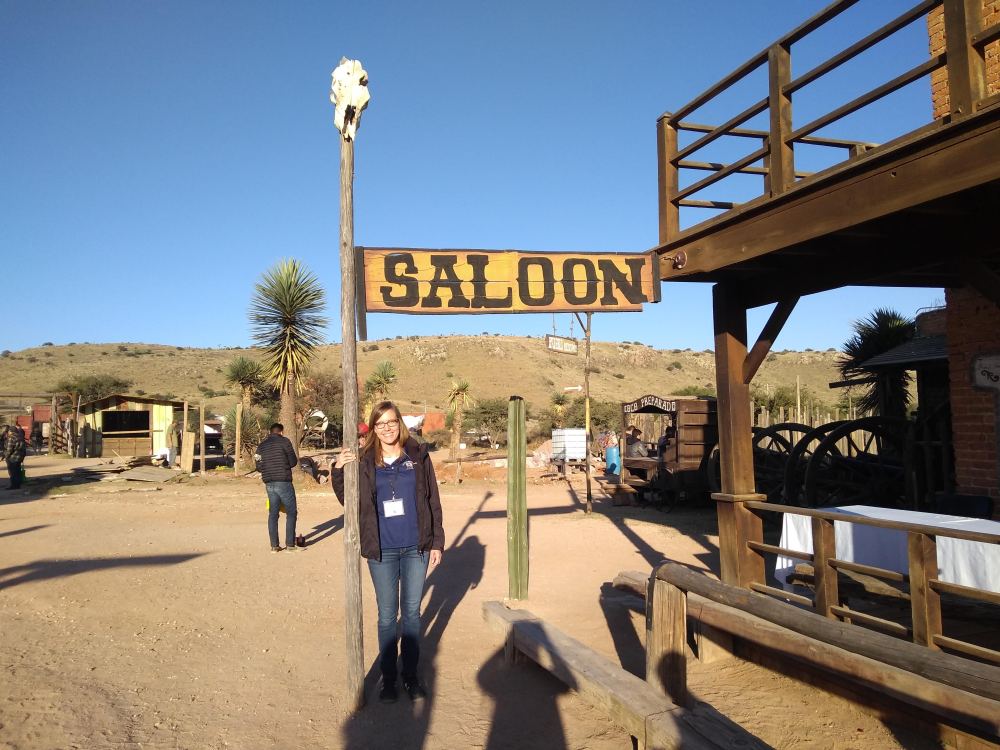 We also took a tour of the zoo in Durango. I felt both surprised and flattered to be asked about wolf identification and husbandry while there. It was nice to talk to other zookeepers about issues that we’ve all faced, and how we navigated them.

When it got dark outside, we were invited to go on an aerial tram that gives amazing views of the city. But I was starting to feel sick–most likely a result of me being too much of an adventurous eater. This is a lesson that I don’t seem to learn! For that reason, I’m going to Guatemala prepared with my arsenal of gastrointestinal treatments.

We ran into a bit of trouble when it was time to head back home. Upon arriving at the Durango airport, we got our bags checked and boarded the plane. I had taken my anxiety pills and got comfortable in my seat. I fell asleep, as I usually try to do before the plane takes off. About an hour later, I woke up and looked out the window. I saw concrete. I was half asleep and thought the sky looked really weird! But no, we had just never taken off. The flight attendants were telling us we had to get off the plane, as it had some kind of issue. Uh oh.

We sat in the airport waiting for news for a good couple of hours. Keep in mind, the Durango airport is absolutely tiny and only a few flights leave from it each day.

Eventually, we were told that the flight would be cancelled and the next flight out to Tijuana would be the next day. Nooo! However, we had the option of waiting a while longer to see if they could get the plane fixed, but that there were no guarantees. Well, not too long after that, they announced that the plane had been fixed! So while I’m thinking in my head, “thank God, I really want to get home!” some other people were questioning the trustworthiness of the airline and the plane. And I was like, seriously?! I’m the fearful flyer! You all are supposed to be keeping things positive and encouraging me! A guy next to us in line had this “lucky” coin with an eagle on one side. He said he would flip the coin to decide if it was safe to get on the plane. He flipped it and it landed eagle up. He said, “ok, we’re flying!”

That’s when I was like, you know what? I’m going to call my dad. For those who don’t know, my dad is a pilot (and he’s been one for as long as I’ve been alive). I knew he wouldn’t tell me to get on the plane if he had any doubt about the situation. So he asked me what airline it was, what type of plane it was, and what they said the issue was (at the time I told him what they said but I can’t remember now what it was). After I gave him all that info, he said “oh yeah, you’re fine! That type of issue happens all the time and even if they didn’t fix it, the plane would still fly fine”. That made me feel 100% better about the situation. I announced my dad’s verdict to the worried people around us, and we boarded the flight. The flight went off without a hitch and we got home safe. My dear Aunt Laura picked us up from the airport, even though we arrived many hours late. She’s the best! More reminders that my life would be pretty sucky without family.

Alright, well I’m heading down to Guatemala and Belize in just 2 weeks so I’ll be writing about that trip next!